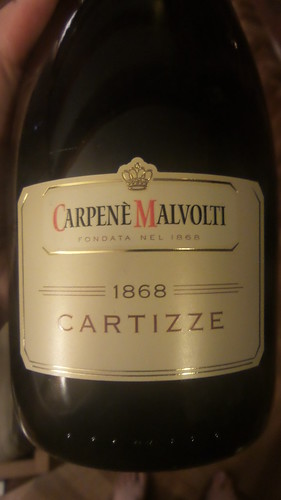 On my About page I’ve noted I am very into (the rather trendy) “alternative varieties”.  I am like a cross between a magpie and a small child in a wine shop, so something shiny and new holds instant appeal.

In this instance, the shiny and new had a price tag of “only” $35 attached to it.  “What’s that then?”  I demanded.  “Why, it’s Pelaverga” answered the friendly chappy.  Given that the wine is Italian, the next question is not entirely stupid:  “What grape is that then?”.  “It’s Pelaverga, there are only two vineyards in the world”.

Information on Pelaverga is thin and far between, so I haven’t been able to verify the “two vineyards” statement.  The online Oxford Companion to Wine has but a few sentences (the wine would be pale, it might have a slight spritzig, it comes from Piedmont in north-western Italy – always a good start).  That’s about the most in one hit anyone wants to offer.  Burlotto is listed as a ‘recommended’ producer in the Sotheby’s Wine Encyclopædia, which also notes that locally the grape is known as Pelaverga Piccolo and it is a different variety to the Pelaverga used in Colline Saluzzesi. It appears to be a relatively new DOC (one site suggests it was awarded in 1995).

According to the Burlotto website (and my dodgy Italian) they make just 10,000 bottles a year of this wine, and the vines are relatively young – between 4 and 20 years old.

So all this chat … and do you think I could find the scrap of paper on which my tasting note was written? For a while, no, of course not but the wine was so distinctive and unusual I figured I’d be able to tell you about it from memory. But the note is found!

On the first night – the wine is incredibly pale in the glass (I was prepared for pale – but not this pale and I don’t think my photo does it justice) and almost garnet in colour. It looks a lot older than it is.

The nose is restrained but showing earthy characteristics and strawberry leaf. The palate is strawberry, strawberry leaf with some spice – pepper and licorice. There’s good acidity and some very very soft silky tannins.

On day two the nose is all about black pepper and smoke – the fruit has receded. On the palate, the pepperiness comes through, balanced by juicy red fruit. There’s a slight stalkiness to it (which I like) and just a hint of menthol.

I can’t think of anything I’ve tried like this. It’s not a big wine in terms of weight but especially once the spiciness started to come through, it’s big in terms of flavour. Would I drink it again? Yes – to try and get my head around it. Would I recommend it to others? If you’re a fan of bold, fruit forward reds – no. If you like restraint, spice and savoury – well yes, give it a go.

This wine is also a fab reminder of how we sometimes get a bit too far into our comfort zones.